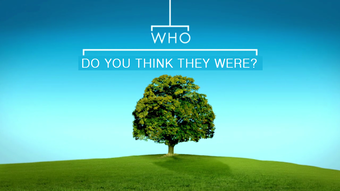 St. Michael's parish in the Cathedral rural deanery was formed in March 1839; the church having been built in 1789. The burial register dates from 1789, that of baptisms from 1791 and that of marriages from 1839.
The living together with that of St. Thomas, Redbank was united in 1929 to St. Paul, New Cross.
The church was demolished in 1935.


The following are the gravestones currently being revealed.
Nb. Information is being updated regularly and some links may not be currently active:

ALSOP  Here resteth the body of Sarah wife of Geo ALSOP died Novr 2nd 1810 aged [...]years Willm their son died Sept 24th 1809 aged 18 months Sarah their daughter died July 8th1812 aged 1 year & 8 months John their son died March 5th 1813 aged 8 years and 5 months George their son died Novr 28th 1815 aged 3 years
George and Sarah Alsop buried five children in St. Michael's Churchyard including another John, who died in 1804
George Alsop was born in Parwich, Derbyshire in 1770, son of Francis and Elizabeth Alsop.
He married Sarah Boardman in Manchester Cathedral in 1803.
Their only surviving child, daughter Elizabeth, married James Thompson in Manchester Cathedral in 1829.
Elizabeth and James' son was Alderman Joseph Thompson, a cotton manufacturer of Manchester. In the 1881 census, living in Wilmslow, they had two domestic servants and a cook. He turned down the opportunity to become Mayor of Manchester in 1891, settling for retirement.
Joseph wrote "The Owens College: its foundation and growth in 1886" which is now Manchester University. He was also governor of the North Manchester School in 1901.
Joseph and his wife Mary Joanna (nee Howell) had seven children in total.
Their daughter Gertrude Joanna Thompson married Arthur Crookes Newsum of Lincoln.
Arthur was chairman of Newsum & Son Timber Merchants with further branches in Hull, Gainsborough, Sheffield and Manchester. He was Mayor of Lincoln in 1905-06.
Another daughter Mildred Mary Thompson married the Reverend William Boothby Shelbie in Altrincham in 1890. Following his death in 1944, she returned to Wilmslow and died in 1964.
The Reverend William Boothby Shelbie was Principal of Mansfield College Oxford. There are several photographs and paintings of him in the National Portrait Gallery London. He was a prolific author of  religious books, as well as onthe history of the college.
Joseph and Mary's grandson was Sir Joseph Herbert Thompson, a Colonialist and Journalist whose photographic portrait is held in the National Portrait Gallery in London. He died in Buckinghamshire in 1984.


Link to GEDCOM file for descendants of George & Sarah Alsop 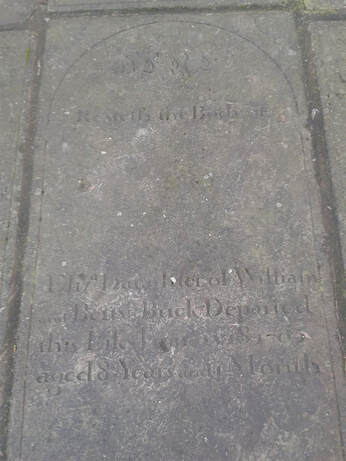 William Buck (born Gargrave, Yorkshire in 1755) married Elizabeth Bulcock (born 1795) in Burnley in 1780.
William Buck's mother was Elizabeth Taylor (1730-1766) who was descended from the Redmaynes of Westmorland & Levens. The Redmaynes once owned Harewood Castle in Yorkshire. Henry VIII's sixth wife, Katherine Parr has ancestry linked to the Redmaynes of Westmorland.
Sarah Buck (nee Lane) remarried in New York in 1851 to Thomas Kay (1821-1895) of England.
Grand-daughter Hannah Elizabeth Buck (1829-1896) moved to America with her mother Sarah (1820-1896) after the death of her father John Buck (1810-1846).
Hannah Buck married John Marshall Cookson (1848-1936) in Arkansas, USA.The extensive Cookson and Hudson Families in America are all related to William & Elizabeth Buck.
Great-grandfather Abraham Buck was born in Stoke by Nayland in Suffolk in 1664 and married Mary Garland in 1687.
Grand-daughter Elizabeth Buck married Reuben Wodus Smith (1812-1883) in Manchester.
Elizabeth & Reubens' great-grandson James Cargill Smith was born in Chorlton in 1911 and died aged 74. His mother Isabella Penny Cargill was from Arbroath in Scotland and her father was a ship builder.
Their other great-grandson Norman Fielding (1904-1979) married Nellie Cass (1903-1988) and they are both buried in Richmond-upon-Thames in Surrey.
​Link to GEDCOM file for descendants of William & Elizabeth Buck
CLARKSON Here resteth the body of Matthew CLARKSON who departed this life Augst 4th 1798 aged 46 years. In health in strength and prime of life I did arise by day, But by the evening being time My life was called away. also Hannah his wife departed this life Feby 1st 1807 aged 47 years Elizth daur of Matthew & Hannah CLARKSON died Decr 25th 1797 aged 2 years & 6 months Matthew their son died May 27th 1798 aged 14 weeks also William CORFIELD, their son - -in-law, who departed this life Decr 4th 1840 aged 51 years also Ann wife of William CORFIELD who departed this life November 22nd 1847 aged 56 years 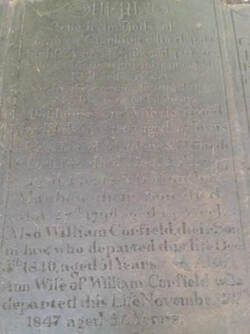 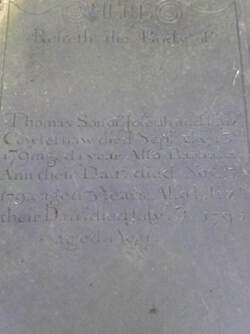 Joseph Cowlishaw (born in Ashley, Northants in 1760) married Elizabeth Wright in Manchester Cathedral in 1790.
Joseph's mother Barbara Clay was a descendent of Sir John Claye (b.1440) who was knighted by Edward IV, during the War of the Roses after the Battle of Tewksbury in 1471.
Sir John Thomas Claye III was a Welsh Coal Magnate and was knighted by Queen Elizabeth I. His son John was a Captain of the Grenadiers and travelled to Virginia, USA in 1613 on a ship called The Treasurer.
The Treasurer returned to the UK in 1616 carrying native-american Pocahontas and her husband John Rolfe to London where she was paraded as an example of a "civilised savage."
There a still numerous descendants of the Clay family in America today.
One of those descendants was Senator Henry Clay who lost Presidential campaigns in 1824, 1832 & 1844. Henry's Great Grandson was Thomas Clay McDowell, a Racehorse Breeder who won the 1902 Kentucky Derby with Alan-a-Dale.
Another was anti-slavery politician Cassius Marcellus Clay whose name (descendant of African-American slaves) Herman H. Clay would bestow upon his own son in 1912 in tribute. His son Cassius Clay Jr (b.1942) would later convert to Islam and change his name to Muhammad Ali- arguably the greatest heavyweight boxer of all-time.
Cassius' Daughter was Democrat Politician and Suffragette Laura Clay who founded the Kentucky Equal Rights Association. She was the first woman to have her name put forward for US presidential nomination.
Joseph Cowleshaw's father was Reverend John Cowlishaw who studied Theology at Brasenose College Oxford in 1734. He was appointed Rector of Ashley Church in Northamptonshire in 1746.
Joseph & Elizabeth's son John lived in Buxton, Derbyshire according to the 1871 Census and was the landlord of the Old Sun Inn in the town; a pub still in existence today.
Their grandson Augustus Cowlishaw served in the Royal Navy and was based on HMS Monarch in Portsmouth at the time of the 1881 Census.
Granddaughter Margaret Cowlishaw married James Fairbotham in Manchester in 1835 and was a Milliner according to the 1861 Census.
Their Great-great granddaughter Edna May Cowlishaw married Frank Sidderley in 1935. Frank was killed in Greece whilst serving in the Royal Navy during World War Two in 1944.  Edna died in Stockport in 2004.

Link to GEDCOM file for descendants of Jospeh & Elizabeth Cowlishaw 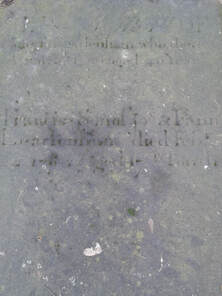 Link to GEDCOM file for descendants of Joseph & Fanny Leadenham 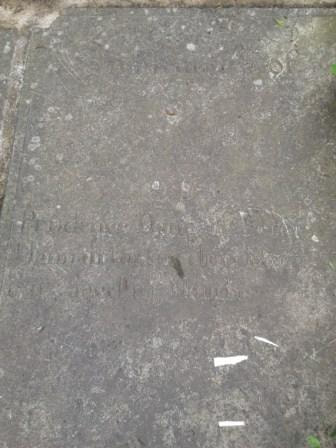 PORTER In memory of Prudence daugr of Peter & Hannah PORTER died Decr 1795 aged 14 months
Peter and Hannah Porter buried their daughter Prudence in St. Michael's Churchyard, Manchester .
Together they had six children- Percival, Priscilla, Prudence, James, Miles and Elizabeth.
Peter worked as a Bread Baker in Manchester.
He was born in Astbury Cheshire in 1769 and died in Bury in 1825.
His grandfather was John Porter, who married Mary Wilkinson in a chapel at Sutton Hall, Macclesfield in 1740.
Peter married Hannah Gill (from Derbyshire) at Manchester Cathedral in 1793.
Peter's brother James' grandson William (1831-1903) migrated to America in 1858, where descendants still live. FOAM were contacted by William's great grandson having learnt about our project and added to the research.
Their daughter Priscilla had three children with John Higginbottom - Eliza, Miles and William Gill Porter. Her ancestors can be traced to Bury in North Manchester working primarily in the cotton weaving industries according to available censuses.
Son Percival Porter (born 1799) was a block printer. He and his wife Ellen (nee Varley) had seven children. They too moved from Manchester to Bury, with later descendants migrating to the Burnley area.
Percival and Ellen's daughter Mary married Charles Brierley from Bury.
Peter and Hannah Porter's Great-great Grandson, Levi Brierley was killed in action at the WWI Battle of the Somme in 1916. He is buried in Sucriere Military Cemetery at Collinscamp, France.
Levi and his wife Priscilla had six children, the last of which died in Preston in 2002. Family members can be traced to the Preston and Fylde area.
See link to Prudence Porter on Find My Grave https://www.findagrave.com/memorial/236283807/prudence-porter - many thanks to Brian J Porter of Maryland USA for the entry and filling in some of the gaps!

Link to GEDCOM file for descendants of Peter & Hannah Porter 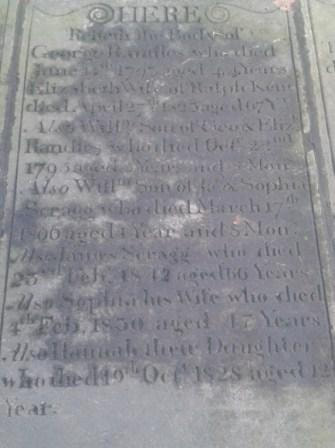 After George Randle's death in 1793, Elizabeth remarried Ralph Kent at Manchester Cathedral in 1803.
George is believed to have been born in Chester in 1749 and married Elizabeth Bowers in 1778 in Worcester.
Sophia was married to James Scragg at Manchester Cathedral in 1803. They had six children including Hannah, William and Mary who are also buried within St. Michael's Churchyard.
Another daughter Mary married Timothy Mason in Manchester Cathedral in 1831. Timothy died in Aston, Birmingham in 1865. According to the 1861 Census Timothy was a Coach Maker.
Other occupations according to the censuses revealed amongst descendants of George & Elizabeth Randles were Carters, Electro-platers, Shipping Warehousemen, Hydraulic Packers, Railway Navvies and general labourers.
Mary & Timothy's daughter Alice married Abraham Braeley in Warwickshire in 1861 and produced eight children.
One descendant of was Ignatius Charles Braelee (Brearley) (1894-1978) who was an archbishop of the breakaway Old Holy Catholic Church in Sheffield.
His son Stanley Braelee was killed in action during WWII and is recorded on the War Memorial in Groesbeek, Netherlands.
Another descendant of Abraham & Alice was John Vyse Braeley who served with the Gloucestershire Regiment, Royal Army Service Corps during WWI.
There are a significant number of Braeley/Bralee/Brearley descendants still connected to the Birmingham Area.
George & Elizabeth's son James married Lucy McClay in Manchester Cathedral in 1855 and had four children.
Great-great-great granddaughter Hilda Scragg married John Shorrocks. She died in Trafford in 2002.

Link to GEDCOM file for descendants of George & Elizabeth Randles 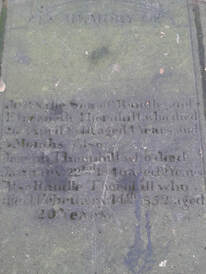 THORNHILL In memory of John the son of Randle and Elizabeth THORNHILL who died 26th April 1840 aged 4 years and 5 months also Joseph THORNHILL who died January 22nd 1846 aged 2 years also Randle THORNHILL who died February 14th 1852 aged 20 years. No.153
Randle Thornhill (1805-1858) married Elizabeth Todd (1800-1876) in Chester in 1826.
Randle was a Silk & Calico Dresser and Elizabeth was a Draper.
Son James Thornhill (1830-1873) was a verger at Manchester Cathedral.
Grandson Randle Thornhill (1866-1905) was a Professor of Music in Manchester.
Great-nephew Sir Thomas Thornhill Shann (1826-1923) was Lord Mayor of Manchester between 1903 and 1905 and is buried at Willow Grove Cemetery in Reddish. Recognition of his service as mayor can be found on ceremonial boards in Manchester Cathedral.
Several antecedents named Randle & Thomas Thornhill recorded in Malpas, Cheshire with the earliest dying in 1663.
Great-great niece Clara Agnes Shann married William Dewar Hoy, son of Sir James Hoy- Lord Mayor of Manchester in 1901/02.
Great-great grandson William Randle Griffiths was born in Manchester (1904) and died in Bury aged 80.
Great-great-great nephew Phillip Thornhill Shann was born in Heaton Chapel 1907 and died in Stockport aged 75.
Grand-daughter Ethel Thornhill married photographer Harold Handsley Knowles before settling in Lytham. There is still family in the Blackpool & Fylde area.


Link to GEDCOM file for descendants of Randle & Elizabeth Thornhill 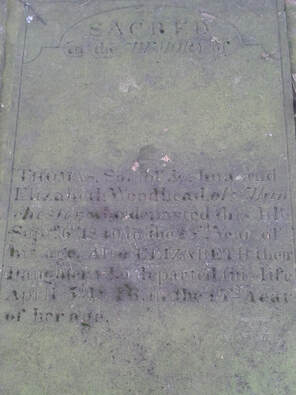 Joshua Woodhead (1796-1871) married Elizabeth Burrows (1791-1870) in Burnley in 1817.
Joshua was a Butcher by trade according to the 1841 Census.
Great grandsons Cyril Samuel Woodhead and Eric James Woodhead died during WWI in Gallipoli and France, respectively.
Grandson Garside Woodhead (1850-1917) was followed by Great-great grandson Garside Woodhead (1902-1983) in Oldham.
Grandson Daniel Barrington died from pneumonia shortly after arriving to start a new life in Queensland, Australia in 1888.
Joshua Woodhead is descended from Michael Woodhead (1620) who was born in Colne, Lancashire. Subsequent generations moved into Manchester via Rochdale and Todmorden.
Grand-daughter Mary Jane Woodhead (1847-1941) moved to New Jersey in America and married Isaac Hand Garrabrant (1841-1912) in 1872.
Isaac Hand Garrabrant became a Fire Fighter but also served in the American Civil War (1861-1865) and collected a war pension.
Descendants of Mary Jane and Isaac Garrabrant still remain in the New Jersey area today.
Great-grandson Robert Woodhead Stuart was born in Newton Heath in 1893 and died in Prestwich aged 83.


Link to GEDCOM file for descendants of Joshua & Elizabeth Woodhead